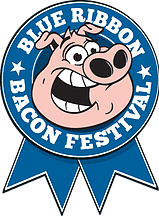 Festivals in Iowa aren’t just limited to the summer months though you will find more of them during that timeframe. The following are the best festivals in Des Moines to look forward to throughout the year.